From awards to webinars, virtual and in-person events we all find our best ways to build awareness, knowledge and action for National Reconciliation Week 2021

Search below to find public events near you or add your own event. 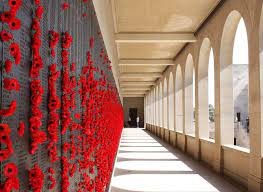 Frank Archibald was born on the 17th of February 1915 in Walcha, New South Wales, the son of Frank and Sarah Archibald. He was the eldest son of 13 children and elected successor of the Gumbaynggirr peoples, whose lands stretch along the Pacific coast from the Nambucca River in the south to around the Clarence River in the north and the Great Dividing Range in the west. He sacrificed his life for a country where at the time, failed to recognise him or his kin as citizens. His story is one of many that needs to be told because it speaks to the heart of what reconciliation means for many Indigenous families within Australia. Frank’s story was shared in the 2014 documentary ‘Spirit of the Warriors’ where his spirit was called home in traditional ceremony. Current serving ADF Indigenous members and descendants of Frank and Sarah Archibald will be present.